Maldives was showcased at The JATA Tourism EXPO Japan 2016 Maldives was showcased at The JATA Tourism EXPO Japan 2016

Maldives was showcased at The JATA Tourism EXPO Japan 2016 from a stand headed by the Acting Managing Director of MMPRC, Mr. Haris Mohamed and Ambassador of Maldives in Japan, Mr. Ahmed Khaleel. The exhibition was attended by officials from the MMPRC, the Maldives Embassy in Japan and 6 representative companies from the tourism industry.

JATA Tourism Expo is an annual event with this year's expo this taking place from 22 – 25 September 2015, at the Tokyo Big Sight in Tokyo, Japan.

JATA Tourism Expo Japan is organized by the Tabi Fair Japan and JATA “TABUHAKU” Travel showcase which first commenced this joint venture in 2014 and has successfully executed the fair with over 157,589 visitors to have attended the fair, along with the participation of 1129 companies and organizations from 151 countries and regions.

JATA Tourism EXPO Japan has grown as a leading international event, and a platform providing various promotional opportunities for all those involved in tourism, to promote domestic, overseas and inbound tourism.

Several activities are planned to take place at the stand representing Maldives, with games and recreational competitions taking place during the first public day and prizes such as holiday packages from Veligandu Island Resort & Spa on the offer, in addition to the planned performances of Maldivian songs by a Japanese musician.

The Japanese market is among the top markets for the Maldives and as of June 2016, there were total 21,358 Japanese tourists to have visited Maldives this year. This is an increase of 8% when compared to the same period in 2015. 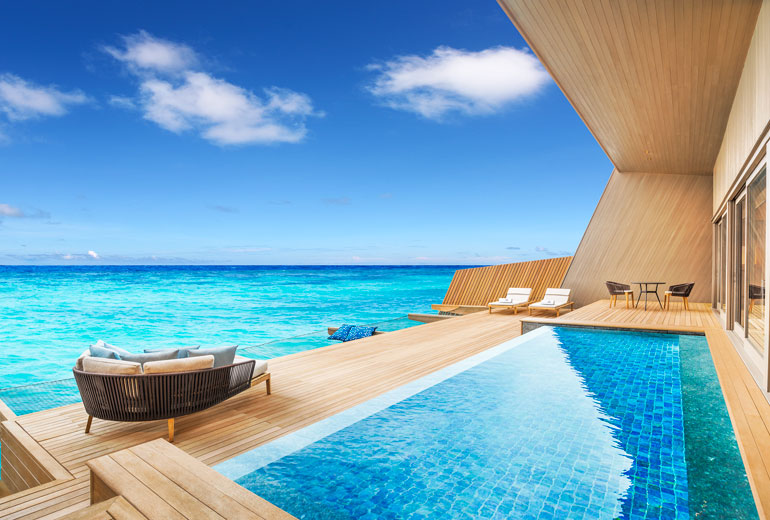